Hello everyone, our history has seen brutal wars, fight for supremacy, claiming to gain control, but, there is an other side of the play, that is agile but not so strong as the top 1%, the governments or the corporate or the gas lighters of 21th century’s modern world; Tor, Freenet are some of the advantages means to communicate while total blackout, but, how can a community survive an internet or communication shutdown? Hoping for long answers!

Personally I think the way forward is creating mesh networks. Mesh networks are independent mostly wireless networks that can be easily created and operated in more democratic way then the current internet is. Just like p2p or federated protocols it creates a possiblity for everyone to join such network and become a node on their roof for example, or just be a user connecting to such nodes. In that way, you have multiple layers of network where streets can connect creating neighbourhoods, cities, regions, countries, etc. Of course this means a lot of work and a lot of people who want to create trully independent version of the internet. Just like with federated networks, the technology is there, hardware becomes cheaper and cheaper, but it’s the minds of people that need the most work because in case of building an independent network, you need a… “network effect”. Unlike with federated, decentralized services you can solve the issue of low interest becasue you build that service on top of existing infrastructure so in global scale of things, it is doable (with 1 million active users globaly, your network can be interesting enough for others to use it). However building mesh networks requires involvement locally, and this is hard work. There are already multiple projects here and there where people build such networks in the cities (Greece, Germany, Spain, Netherlands etc.). I would suggest looking the mesh network term us, because you might not know it, and there is an existing network in your city too.

Hey, maybe in that case people would actually start talking to each other in real life…if we take down the phone networks too, the effect will be even bigger (when I ride the bus, 90% of people are on their smartphones).

On mesh networks, you may be interested in Yggdrasil and Cjdns. However most of people use them over the internet and as Muppeth mentioned, I think it’s because meshnets are difficult and I haven’t came across any documentation on how to do it that I could understand or is it even possible to have single node network that would then widen as people joined.

A proof-of-concept IPv6 meshnet, featuring end-to-end encryption, a unique spanning tree routing algorithm and aiming to implement novel backpressure routing metrics. It is lightweight, self-arranging and should scale well beyond the limits of... 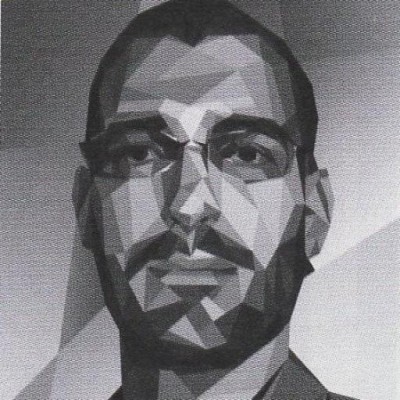 I guess more approachable is Open Wireless Movement, even if they are silent and not a solution as they are just individual open WLAN networks.

Oh and mesh networks are nowadays becoming a bit more difficult to find information about, because there are so many “mesh network” products that only talk with other similar devices or devices by the same manufacturer. You will likely see what I mean once you turn to search engine, if you didn’t yet.

The first thing which popped in the mind was ‘Mesh Networking’ when I heard the word ‘Internet Shutdown’! Few years back, when I started, I was extremely inspired by ‘Free the Network: Hackers take back the web’, a documentary made by Motherboard, and few more such as Detroit, Cuba etc are creating their own networks. But, if you look towards east, especially Asian countries, they are helpless, maybe because of their economic situation, hunger, or lack of knowledge, they are in the shadow! As there can be no Mr. Finch in every country, is there anything Dade Murphy and crew unite and save some people from suffering(or even death)? Options are only digital, and one has to admit that!